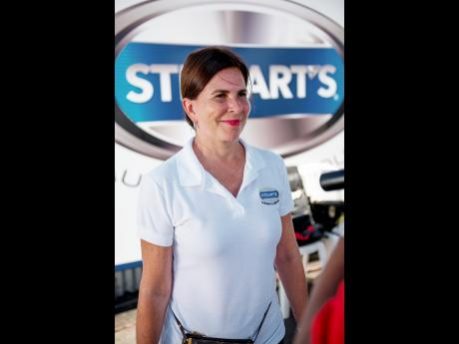 Stewart’s Automotive Group, one of the largest car dealers in Jamaica, plans to build a large complex spanning over 5,000 square metres on South Avenue in Kingston.

The company is pumping more than US$11 million into a five-store structure that will house showrooms for luxury brands Jaguar and Land Rover.

“It will be a full-service Jaguar and Land Rover dealership,” Stewart’s Auto Director Jacqueline Stewart-Lechler said on Thursday.

The showrooms will take up two floors, while the other three will be rented to businesses in the outsourcing sector, Stewart-Lechler said.

Construction of the building began in October and the complex should be completed within the third quarter of 2019.

Stewart’s operated a bonded warehouse for its vehicles at the South Avenue site, which sits across from the Bustamante Hospital for Children, but the warehousing facility is being relocated to lands acquired by the company at Arnold Road. That location is closer to Stewart’s main operating base at South Camp Road.

Planning approvals posted on the website of the National Environment & Planning Agency, NEPA show that Stewart-Lechler applied for the permit for the South Avenue complex through an entity called Tiger Leasing Company Limited in September. NEPA closed the application on November 7, indicating approval of the permit.

Stewart’s Automotive is a private, family-run business in operation for 79 years. Its last big project was the new showrooms at the Ironshore Industrial Estate in Montego Bay, which opened eight months ago in April.