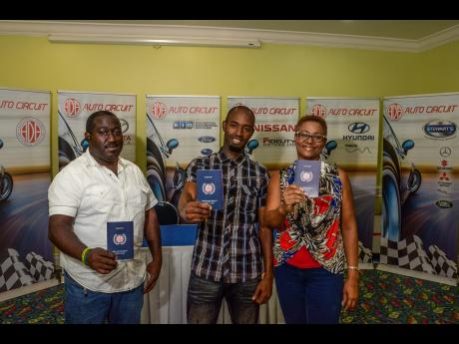 The competition was hosted by the ADA Auto Circuit which took place from March 9 to March 18. It was put on by five of the Island’s auto dealers: Magna Motors, Fidelity Motors, Stewart’s Automotive Group, KIG Limited and Toyota Jamaica. To qualify for the draw, consumers entered by test driving a vehicle or purchasing a vehicle from any of the participating dealers and collecting all five stamps in their Auto Circuit passports. 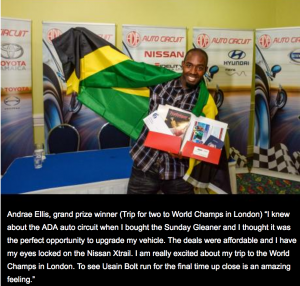 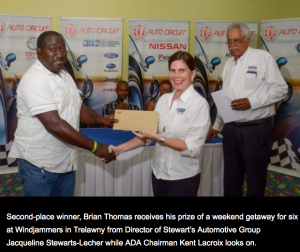 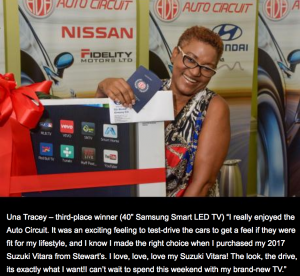 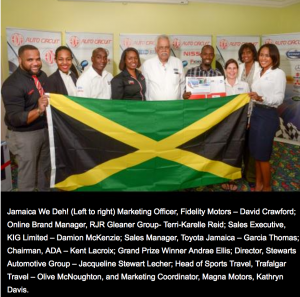