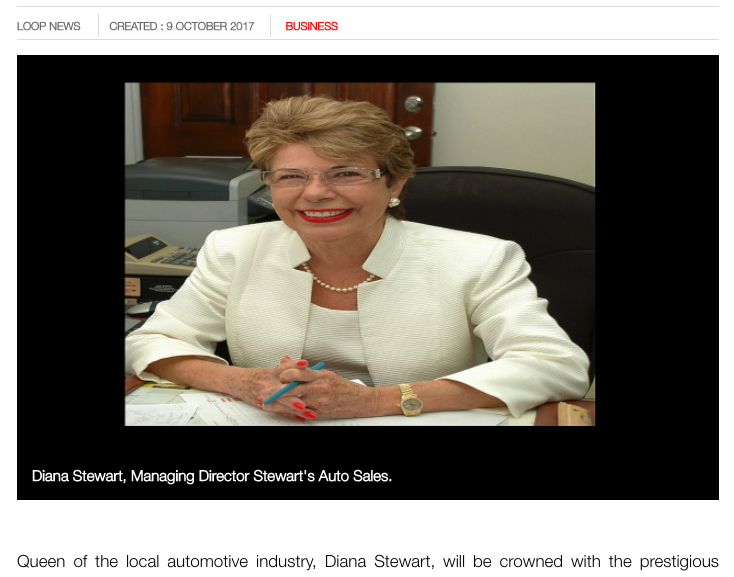 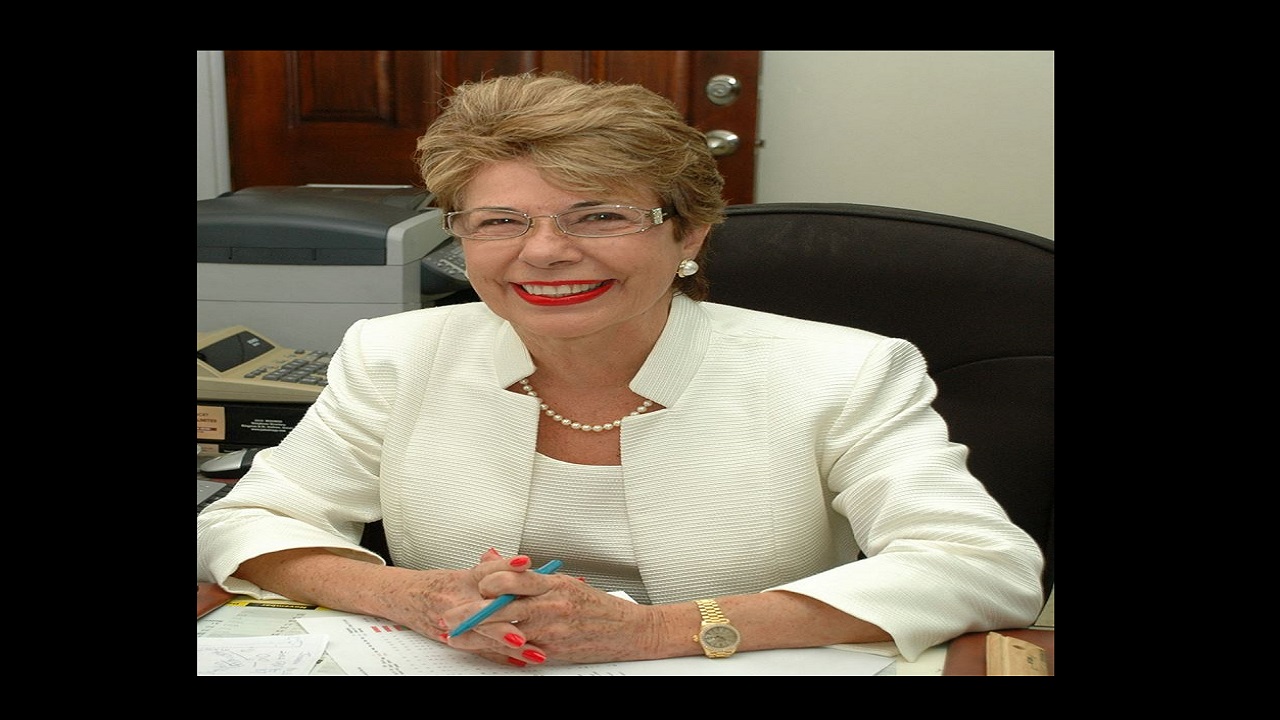 Queen of the local automotive industry, Diana Stewart, will be crowned with the prestigious President’s Award at the American Chamber of Commerce of Jamaica’s (AMCHAM) Seventh Jamaica Business Civic Leadership Awards.

The ceremony dovetails as a celebration of AMCHAM’s 30th anniversary and will be held on Wednesday, October 18 at the Jamaica Pegasus Hotel in New Kingston.

The premier awards for corporate Jamaica, the annual event highlights businesses, individuals and non-profit organisations that are driving and achieving economic and social progress in Jamaica through ethical leadership, stewardship and community-building activities.

President of AMCHAM Jamaica, Allison Peart, noted: “Diana has been a philanthropist for years and has greatly impacted the lives of many Jamaicans. She has been an influential and outstanding leader and so AMCHAM is proud that Diana is the recipient of this year’s President’s Award.”

A mother of two, Stewart had a brief stint in real estate before joining Stewart’s Auto Sales in 1975 as the only member of the Accounts and Administration departments and later became managing director.

She strongly believes in the organisation’s mission of promoting investment and trade between the United States, Jamaica and the region and along with executive director, Stewart spearheaded and was a major fundraiser for many groundbreaking activities, including Jamaica’s first community policing facility, AMCHAM Place, which also houses the state-of-the-art Edna Manley Health Clinic, in Grants Pen, St Andrew.

In the 90s, she spearheaded the establishment of the only in-house customs department of any local car dealership, which integrates Stewart’s system with Jamaica customs.

Under her management, Stewart’s Auto Sales became involved with the Reggae Boyz on the ‘Road To France’ promotion under coach Rene Simoes, donating the proceeds of three Suzuki cars to the three most improved players; West Indies cricket, donating a Suzuki to several Test series for Man of the Series; National Council for Drug Abuse/Addiction Alert – a documentary was made ‘Put God First’ with singer Roy Rayon; 1999/2000 in the fight against AIDS, donating profit for a car raffle for keeping an AIDS Hospice open; funding for the Tony Thwaites Wing expansion, as well as the ICU unit; and SANTA for Children Charity (Seeing A Need Taking Action).

A huge believer in giving back, Stewart started out providing weekly care packages for the needy in the Hanover Street neighbourhood in downtown Kingston’s tough inner-city and taught fashion designing and pattern-making skills to female residents of Industry Village and Gordon Town at her home.

In 2009, she and her late husband founded the Richard and Diana Stewart Foundation, which provides academic scholarships for underprivileged youth, among other endeavours.

Last month, the Foundation collaborated with CB Facey Foundation and other corporate entities to donate over 550 family relief boxes and 10 small generators to the victims of Hurricane Maria in Dominica.