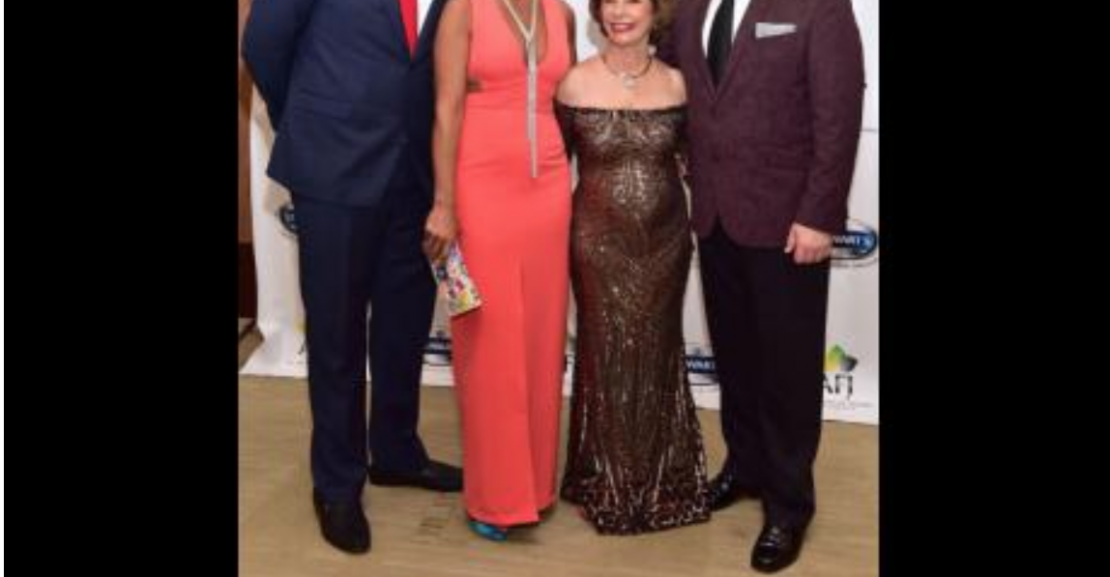 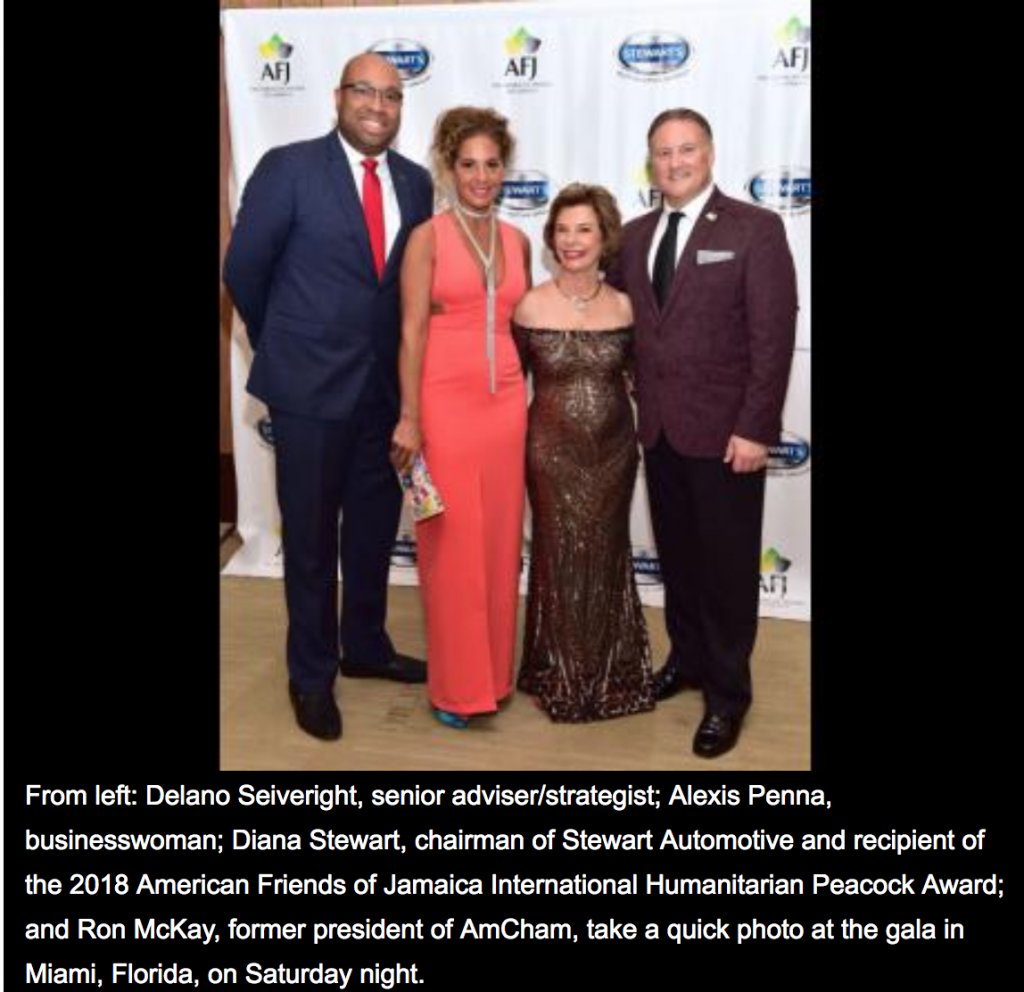 American businessman and former president of the American Chamber of Commerce, Ron McKay, has congratulated chairman of the Stewart’s Automotive Group, Diana Stewart, on being the 2018 recipient of the International Humanitarian Peacock Award.

The prestigious award was presented to Stewart by the American Friends of Jamaica at their Jamaica Charity Gala on Saturday at the JW Marriot Marquis Hotel in Miami, Florida, in the United States.

A very significant amount of money was also raised at the event for charitable activities, including school building projects in Jamaica.

Stewart was hailed for her sterling philanthropic work over the last several decades, spanning education, health and social development. This includes driving the development of Jamaica’s first community policing facility, AmCham Place, which also houses the state-of-the art Edna Manley Health Clinic in Grants Pen, St Andrew; the building of several basic schools; the granting of many scholarships, among a long list of other contributions.

McKay noted that, “To say that Diana Stewart epitomises true Jamaican spirit is an under-statement. I have truly learned from her quiet strength, hospitable demeanour and insurmountable work ethic. Those traits are key to the success of her many positive and expansive philanthropic efforts.”

The American Friends of Jamaica is a not-for-profit organisation dedicated to supporting Jamaican charitable organisations and social initiatives working to improve the lives of Jamaicans through systemic development in the areas of education, healthcare and economic development.

Founded in 1982 by a handful of Jamaicans and Americans who love Jamaica and wanted to see it prosper, the organisation has created a legacy of philanthropy dedicated to the people of Jamaica, raising more than U$12 million to date on behalf of Jamaica’s non-profit and charitable organisations.